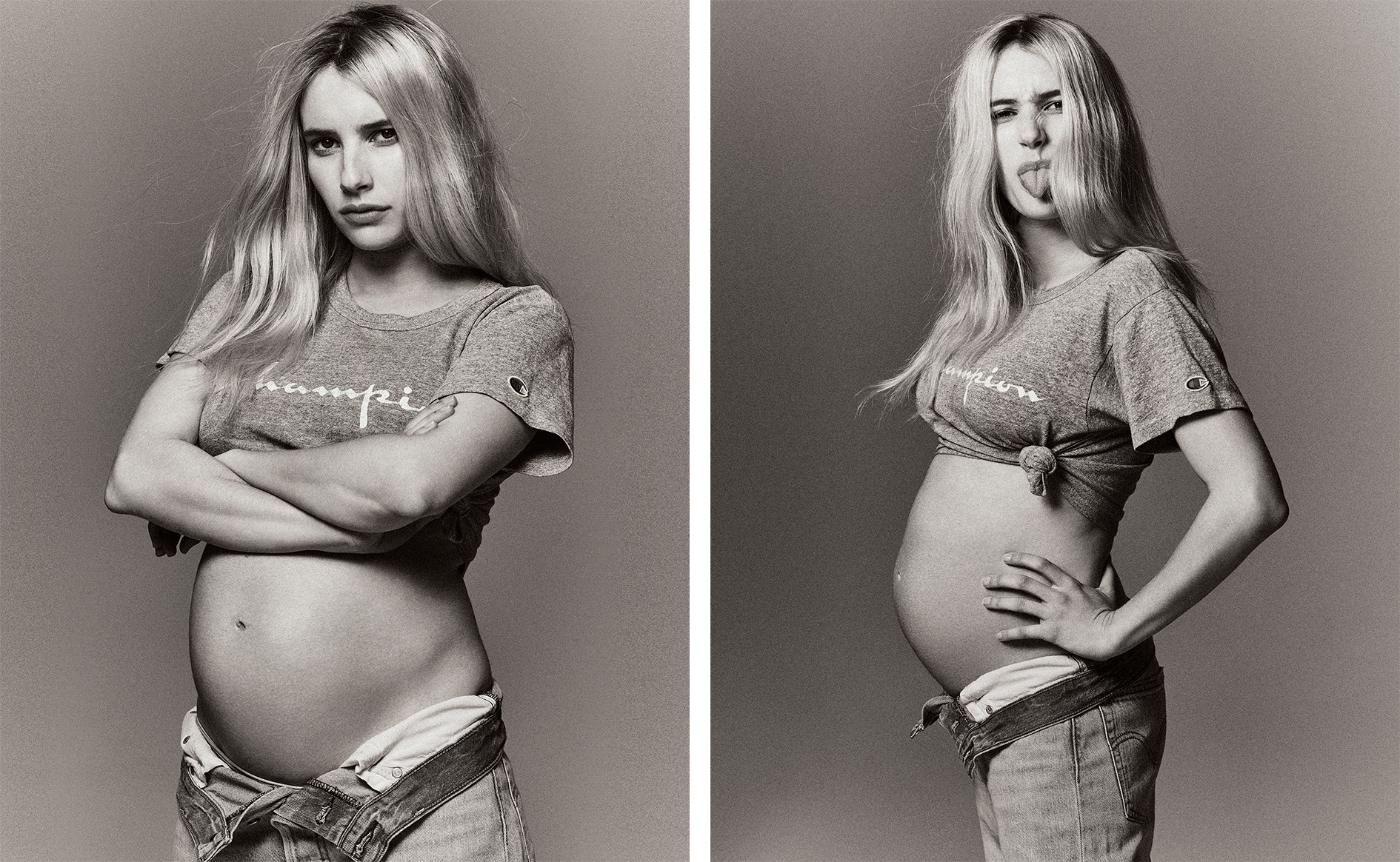 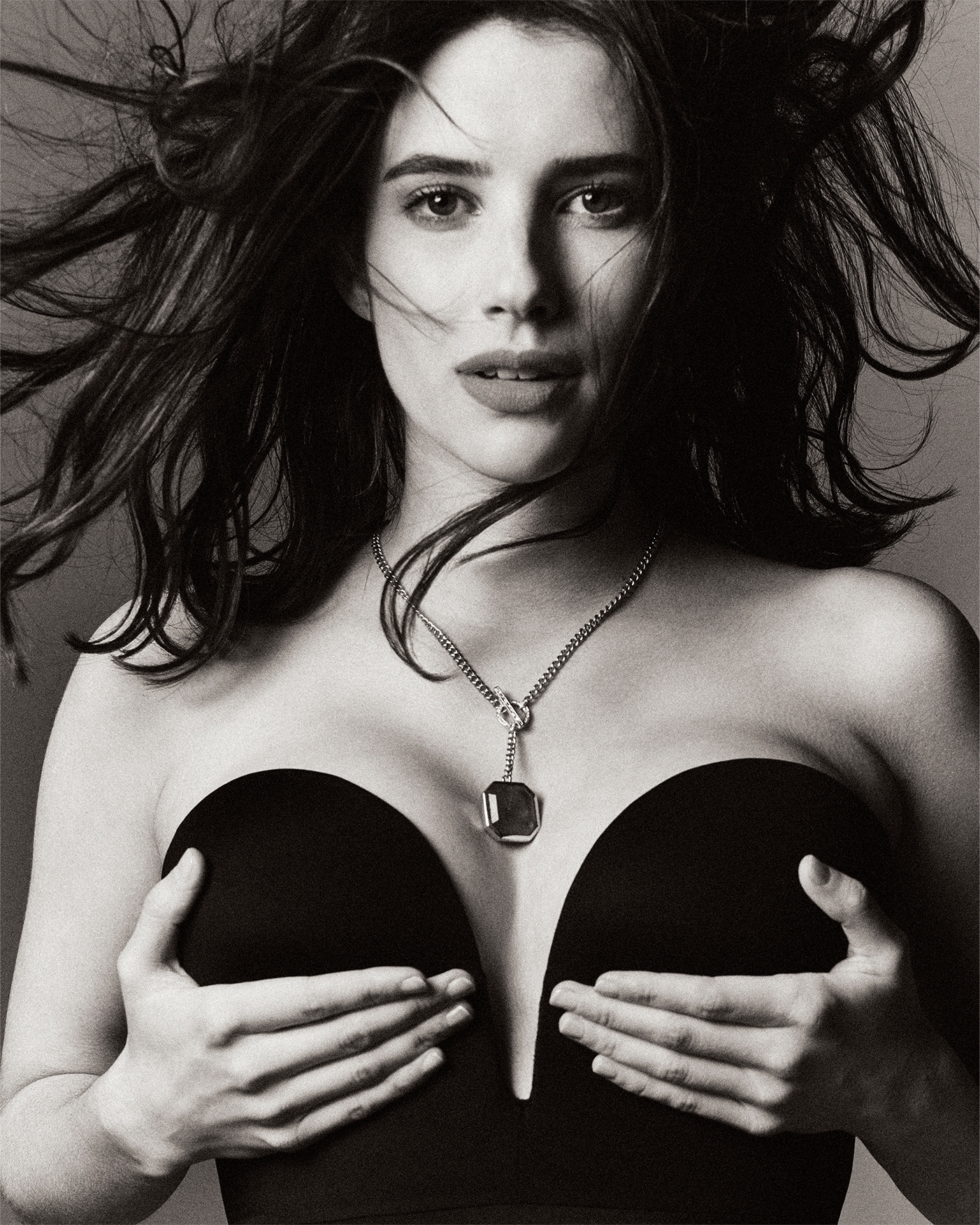 FROM THE DESK OF CASSANDRA GREY:

“This girl has a lot of attitude for all of five-foot-two,” I whispered to photographer Naj Jamaï as he snapped Emma Roberts’ portrait after she stepped onto set in slouchy jeans and sneakers. This was before her hair-and-makeup metamorphosis, what we at VIOLET GREY have dubbed the “UNDONE” portion of the UNDONE AND DONE SCREEN TEST.

Most people, especially actors who aren’t necessarily models, tend to politely ask for no-makeup makeup and a grande iced vanilla latte before they do any sort of on-camera work. Emma, however, quietly walked straight onto the black X taped across the floor, and with just one glance in the direction of the lens, instantly owned the entire room. And she knew it. She continued to run the show the rest of the day as we took her from a laid-back Laurel Canyon blonde in Nike Syracuse Dunks to an uptown brunette bombshell perched atop six-inch heels — all while six months pregnant.

I (along with the rest of the world) first fell in love with Roberts in Blow, where she portrayed Kristina Jung, the daughter of Johnny Depp’s character, cocaine smuggler George Jung. She was nine. Twenty one years later, she’s a big fu%king star with over 56 actress credits, four producer credits, and six soundtrack credits on her IMDB page. Roberts also recently signed a first-look TV deal with Hulu via Belletrist, her production company that focuses on literary adaptations (especially titles that Emma devours). Her reputation as a voracious reader has remarkably managed to make books cool, at least according to her 15.9 million followers on Instagram.

In this installment of SCREEN TEST, Jamie Lee Curtis, Roberts’ friend and colleague, asks the fellow scream queen 16 pressing questions about everything from her career to her latest starring role: motherhood. 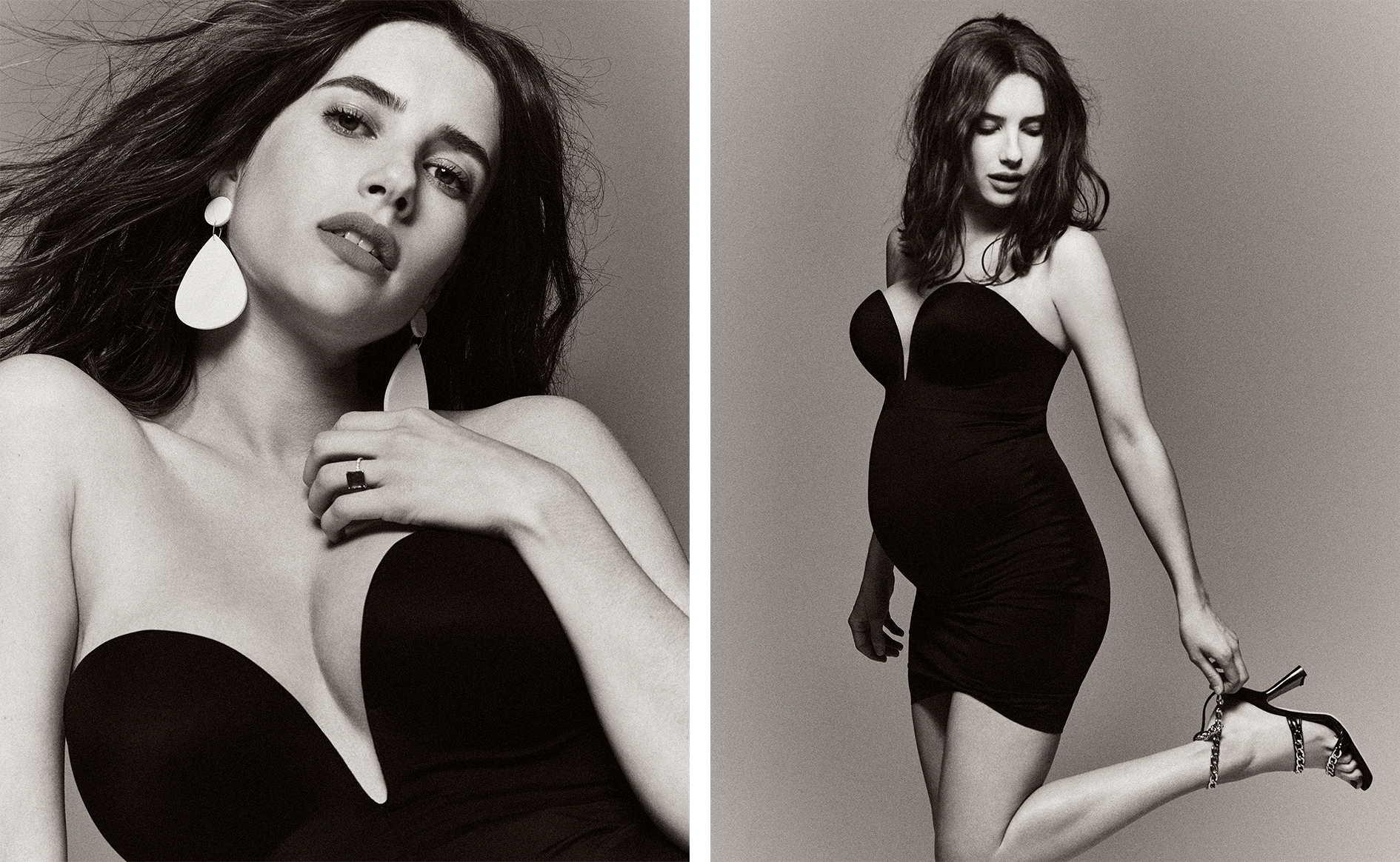 JAMIE LEE CURTIS: WHAT TURNS YOU ON?

EMMA ROBERTS: A good sense of humor, especially while traveling.

J.L.C.: WHICH OF YOUR SENSES IS STRONGEST?

J.L.C.: WHAT IS YOUR BEST QUALITY?

J.L.C.: WHAT IS YOUR WORST QUALITY?

J.L.C.: WHAT DO YOU WISH SOMEONE HAD TOLD YOU ABOUT SHOW BUSINESS?

E.R.: The best stuff rarely gets made. But that doesn’t mean you shouldn’t try.

J.L.C.: WHAT DO YOU WISH SOMEONE HAD TOLD YOU ABOUT MOTHERHOOD?

E.R.: It’s not something you’ll always feel like you’re getting right, but you will get better every day. When in doubt, just love your child and yourself.

J.L.C.: WHERE ARE YOU HAPPIEST?

This GIRL has a lot of ATTITUDE for all of five-foot-two.

E.R.: The Rules Do Not Apply by Ariel Levy and The Shining by Stephen King.

E.R.: My mom, especially after having a baby. I kiss the ground she walks on!

J.L.C.: WHAT IS THE BIGGEST MISCONCEPTION ABOUT YOU?

E.R.: That I’m anything like the characters I play.

E.R.: I tried to change people’s minds for the better whenever I had the opportunity — and I recommended some good books.

Our editors help Emma maintain her VIOLET CODE APPROVED self-care routine — even when the new mom is short on time.

SARAH BROWN’S GUIDE TO WHAT YOU NEED, NOW

BEHIND THE COUNTER: DR. BARBARA STURM